Want to save the children? How child sexual abuse and human trafficking really work 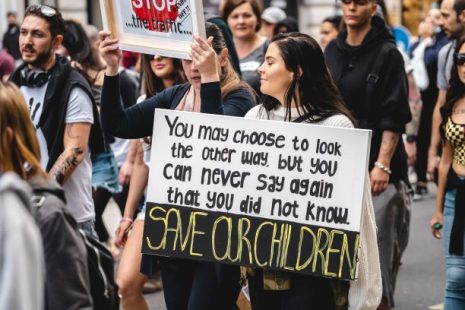 Want to save the children? How child sexual abuse and human trafficking really work

Millions of kidnapped children are imprisoned in underground tunnels, being sexually abused and tortured by a shadowy global cabal of paedophiles.

That, at least, is some of the misinformation about child sex trafficking being spread on social media. You’ll also see such ideas being promoted at protests from Los Angeles to London, with hashtags such as #saveourchildren and #endchildtrafficking emblazoned on shirts and placards.

The thought of a child being abused, exploited or trafficked for sex elicits a powerful emotional response. These lurid tales have proven to be a potent gateway for mothers (and others) to “go down the rabbithole”.

The tragedy is that misinformation is turning well-intentioned people into “digital soldiers” unwittingly working against genuine efforts to eliminate child sexual abuse and human trafficking.

Let’s try to untangle the misconceptions.

The truth about child sexual abuse
Statistics on child sexual abuse are never exact. Less than 40% of victims report being abused when children. The average time before disclosure, according to Australia’s Royal Commission into Institutional Responses to Child Sexual Abuse, is about 20 years for women and 25 years for men. Some never disclose.

There are enough robust studies, however, to suggest about one in ten children are sexually abused before age 18 – one in seven girls (14%) and one in 25 boys (4%).

Most typically the abuser is an adult known and trusted by the child and their parents. Then by a non-biological relative or in-law. In fewer than 15% of cases is the perpetrator a stranger.