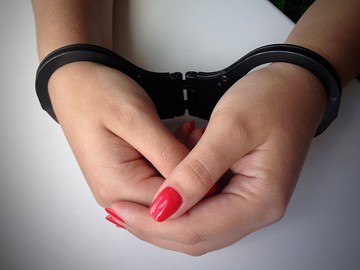 According to KHOU, which was informed of the story by a group of pro-family activists calling themselves MassResistance, “A media spokesperson for the library confirmed one of the program’s drag queens, Tatiana Mala Niña (Tatiana “Bad Girl”), is Alberto Garza, a 32-year-old child sex offender. In 2008, he was convicted of assaulting an 8-year-old boy.” He was sentenced to five years’ probation and community supervision. The Texas Sex Offender Registry says Garza is at “moderate” risk of reoffending.

“In our review of our process and of this participant, we discovered that we failed to complete a background check as required by our own guidelines,” library officials said in a statement. “We deeply regret this oversight and the concern this may cause our customers.”

“We assure you that this participant will not be involved in any future … programs,” the officials added, saying they “are taking the appropriate action to ensure that the status of every participant in every program throughout our system is verified.”

Of course, the very fact that the library — and countless others across the country — is hosting Drag Queen Storytime belies the officials’ professed concern for their patrons. As MassResistance points out:

Any reasonable person would see that “Drag Queen Story Hour” is a train wreck waiting to happen. It’s a program whose goal is to make children feel comfortable about LGBT behaviors. It features cross-dressing homosexual men in garish make-up and costumes who seem obsessed with reading “gay” themed books to very young children. These same men lead bizarre lives as “adult” sex entertainers. What could possibly go wrong?

Indeed, a drag queen participating in a similar program in another city bluntly stated that it’s about “the grooming of the next generation.”

Last October, MassResistance filed a lawsuit against the library and Mayor Sylvester Turner, alleging that Drag Queen Storytime is a violation of the First Amendment because it promotes the religion of secular humanism. KHOU reported:

“It’s not about acceptance, love and tolerance,” [MassResistance’s Chris] Sevier said. “It’s really about indoctrinating children to the ideals of secular humanism.”

Sevier believes homosexuality is a choice and something like Drag Queen Storytime could lead to homosexuality.

“Sure, it could totally indoctrinate them into it. Just like if you attended a Billy Graham rally you could be led down the path of coming to know Christ, for example,” Sevier said.

A federal judge dismissed the lawsuit in January. Undaunted, MassResistance did its own research into the Drag Queen Storytime participants and — no thanks to the city, which denied their requests for public information — dug up 163 pages’ worth of what it called the drag queens’ “lurid activities.” It delivered this report to the city council and mayor, who called the drag queens “role models” for the community.

During a press conference Friday revealing Garza’s sex-offender status, MassResistance’s Tracy Shannon declared, “Most parents would not allow that individual to sit in this library and be held up as a role model to our children. Shame on you, Mayor Turner!”

Shannon also reached out to those who favor Drag Queen Storytime but were appalled by the revelation. “We might not all agree that having adult entertainers is the right way to entertain young children or promote literacy, diversity and acceptance and inclusion,” she said. “But we can all agree that it’s inappropriate to have a … sex offender entertaining children at the library.”

MassResistance isn’t content with just an apology from the library, nor with the fact that Drag Queen Storytime has been moved to — of all things — a church while still being promoted by the library and funded by city tax dollars. They say they have another 500 pages of “very graphic and repulsive” material on the drag queens that they plan to deliver to city officials.

With any luck, Houston’s Drag Queen Storytime will not drag on much longer.